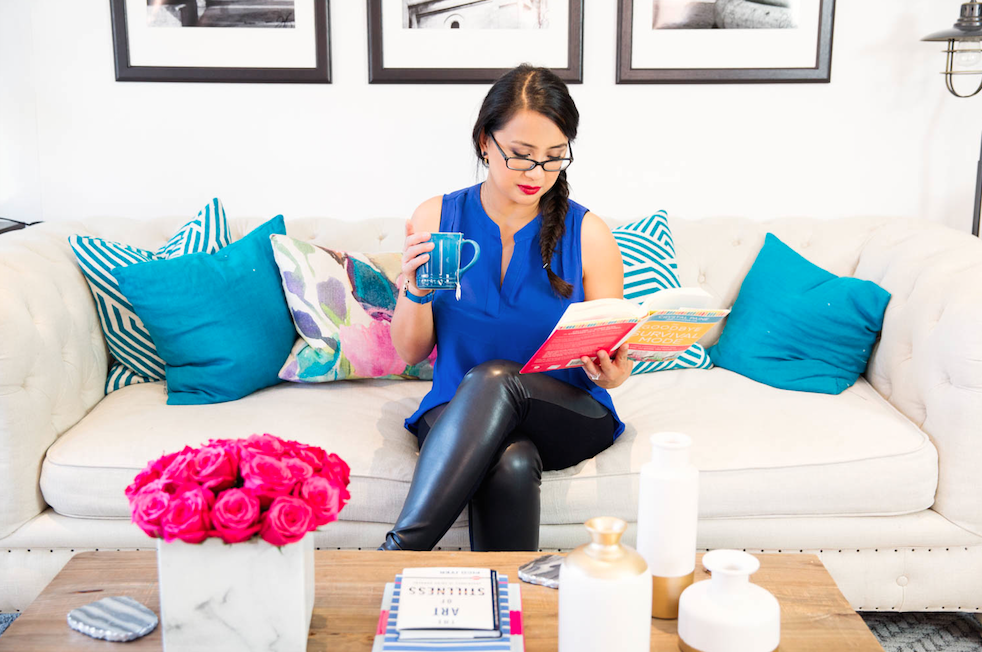 How to keep going when you have run out of steam

When you tackle a big project- like renovating a house, or creating a new product- you know you are going to face opposition. Regardless of how great your team is, or how strategic your plans are- it can still be really tough. Life can have a way of putting up obstacles at really inconvenient times.

The last three months of my life have been a real test of strength and stamina. During this period my family basically rotated a sickness from one person to the next. There was a period my husband and I were both so ill we literally just took turns napping in three hour increments. Being pregnant, there was very little I could take to get a little relief, so a terrible chest cold that made it difficult to lift my head some days just kept on keeping on.

And somewhere in the last three months my husband had another period of mild depression.

So safe to say, the last three months have been a challenge.

Thankfully, the coughs have cleared, Josh's period of depression passed (and he bravely shared about the upsides of depression so eloquently here), and we kinda feel back to normal.

But when we were in the thick of things, nothing felt normal. Everything felt bleak. There was no light at the end of the tunnel.

Whether you're renovating the family home, or going through a time of personal stress, here are my strategies on how to keep going when you have run out of steam:

Doesn't everything look different when you have had a good night's sleep? As I share in this blog post, I used to be a habitual night owl. I used to think that staying up late was better for all- I could spend more time in the day with my kids, working at night was simply just more strategic, etc. etc. But it meant I put sleep way on the back burner, and I know now it's just not worth it anymore. While I still find myself staying up late to accomplish tasks on occasion, I always feel better when I am in bed early, and wake up early.

And I really believe in the power of a 15-minute nap. It might seem like it would be better to get through a few more tasks, or put out a few more fires with a 15-minute block in the middle of the day- but 15-minutes in the middle of the day can be a serious game changer for your mood- and I argue make it easier to deal with whatever crisis or challenge you must deal with. Got small kids at home? When I am desperate for rest I put the baby down for his nap, put on a television show for my 3 year old, and nap beside her. She's happy, and I get to rest, and world looks entirely different after a nap.

2. Remember that everything passes

This is easier said than done, I know. But it's important to remember, that everything passes. Whether it's the epic amount of mould that was found when the drywall came down, a child being sick, or yes, even something as serious as depression, everything passes. The mould will be cleared, illnesses pass, and so do uncontrollable periods of mental illness. This is probably one of the harder strategies to remember in the moment- when I find it difficult to see the light I find it helpful to call a friend who is naturally positive- not someone who will try to fix me or who will criticize- but someone who will empathize and remind me that tomorrow is a new day.

I recently finished the book The Power of Habit by Charles Duhigg, and let me tell you it was so worth the read. One of the many sections I found fascinating was why the Montgomery bus boycott movement was so successful. It was interesting to note that Rosa Parks was not the first person to be arrested for refusing to give up her seat to a white person on a bus in the segregated south. In fact, many had come before her. But there was something unique about Rosa's deep involvement in her local community- both black and white- that rallied people together. People mobilized because they cared about her, and that investment had a ripple effect across the United States. The belief in the cause- and shared belief among a group of people- caused serious change to happen. People were constantly reminded of their purpose- to fight injustice- because other people around them had the same belief.

So when you are feeling like you just can't go on, remind yourself of the greater purpose behind your goal- whether it be a new family home that will change the lifestyle and productivity of your family, writing a piece of content that will really help people succeed, or simply being the kind of wife and mother you want to be– remind yourself of your purpose and it might just put the bad times in perspective.

4. Just do the next right thing

5. Remember that change is possible

I have recently been introduced to speaker Dane Sanders who in a recent keynote gave me a phrase that I find so helpful: "up until this point, I did _______. From now on, I will ____________." This is another strategy that might not be easy to think about in the moment when things looks really bleak, but is definitely a great phrase to use when you can see through the weeds and perhaps want to make change.

How do you get through things when you have run out of steam? Love to know in the comments below.

For more strategies on how to balance “it all”, enter your email below: